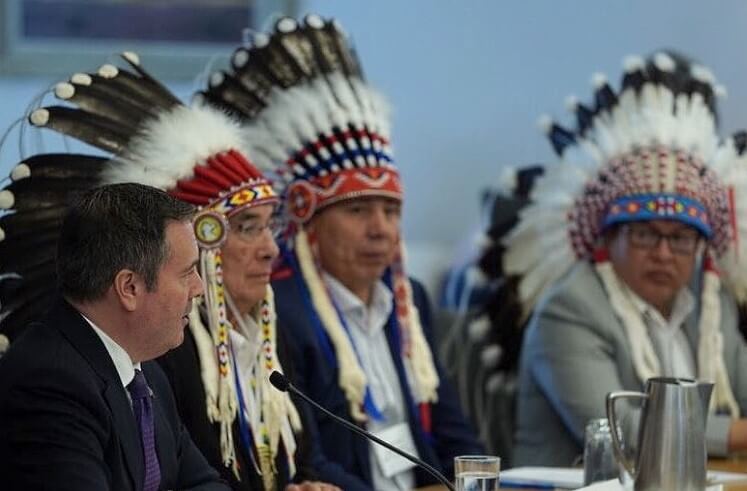 First Nations should be empowered to create their own economic success, writes Sharleen Gale.

The key to continued First Nation success will not be found in changes or advancements to government programs and services. Instead, it’s rooted in the willingness and leadership of governments and the private sector to support a new era of Indigenous business leadership.

We must ask ourselves what is preventing First Nations from actively participating in the mainstream of Canada’s economy. The answer is access to capital.  However, this narrative is slowly starting to change. This is good news.

One of the most promising recent developments is the Alberta government’s commitment to creating the Indigenous Opportunities Corporation that would administer loan guarantees to First Nations wishing to participate as owners in Alberta’s resource development.  Equally promising was the government’s choice of words in its Throne Speech to announce the initiative as part of a “moral obligation” to ensure Alberta’s Indigenous people can participate in the economic mainstream of the province.

Other governments should take note of Alberta’s bold leadership.

Fortunately, Indigenous-led organizations are out there helping ensure First Nation communities can boldly enter the modern economy. A good example is the First Nations Major Projects Coalition, which established a centre of excellence where member First Nations can access independent financial and environmental technical advice free of charge in order to arrive at informed business decisions. Today, the Coalition represents over 55 members in five provinces and in one territory.

The Coalition’s work involves advancing opportunities for First Nation co-ownership and management of a variety of major infrastructure projects including hydroelectric development, electricity transmission, and oil and gas pipelines.  It has also guided the development of an environmental framework and major project assessment standards grounded in Indigenous traditional knowledge and values, which are often overlooked at the project development table.

Governments and project proponents must embrace First Nation participation as partners in the development of wealth occurring within their traditional territories.  The sale of equity by TC Energy in Coastal Gas Link project, the ongoing need to redevelop BC’s northern electricity transmission corridors, and the pending decision on the Trans Mountain Pipeline all underscore the need for First Nations to have access to the tools that inform business decisions. This again includes removing barriers to First Nation access to capital.

Enabling First Nations to take their place in the Canadian economic mainstream benefits everyone. For Indigenous people, it means the world.  It will also allow them the ability to provide safe housing, safe drinking water, world-class education, and help fund efforts to preserve endangered Indigenous languages and cultures that help underpin their very existence as Indigenous people.  Organizations like the Coalition have given these issues a voice and have enabled First Nations to work together in a coordinated way.

It is clear governments and the private sector need to help First Nations facilitate their own success by providing them with the tools that all businesses have. As we enter a federal election season, let’s hope all the parties are listening and help provide these communities with those tools.

Sharleen Gale is the Chief of the Fort Nelson First Nation. She is an active member of the Fort Nelson First Nation and envisions a future where all members are working together to become a strong, proud, healthy, and self-reliant Nation. She is the grand-daughter of Fred Burke and Madeline Needlay. Her roots run deep in the lives of her people and she enjoys being on the land with her family exploring the territory and teaching her son the traditional ways on the lands and how to hunt, fish, and gather medicines and berries.