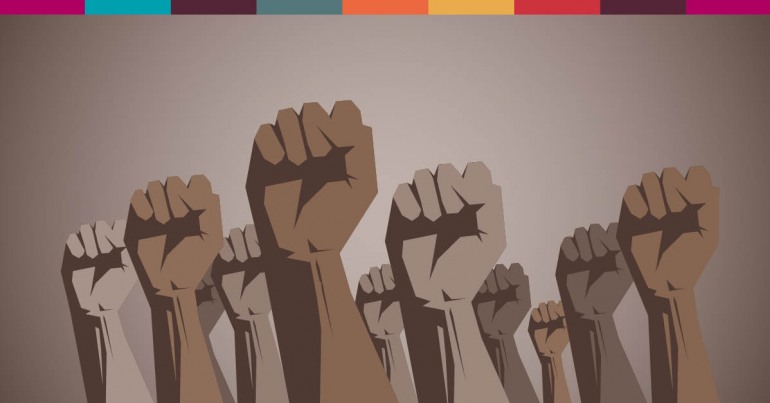 Our educational system seems to be heading towards a full-blown crisis, and one of the many causes, on an ever-expanding list, is Critical Race Theory (CRT). The ostensible goal of CRT seems noble – eradicating the systemic racism that plagues Canadian society and keeps racially marginalized groups from achieving equality.

CRT is a moral project – one that captures the imagination of many teachers and young people. Young people want to make the world a better place and CRT offers a sense of purpose with easily identified villains to defeat: pervasive spreaders of white supremacy, colonialism, and white privilege.

Its supporters argue it’s a necessary corrective to a racially unjust world. Its opponents argue it goes too far by demonizing white people, stereotyping minorities, and implementing discriminatory policies that have no place in schools and may even be illegal.

In a classroom if a student wants to reason out the truth and value of CRT ideas for herself, tough luck. When teachers or students challenge CRT’s precepts they are typically bullied into compliance or silenced. Often, the very act of questioning CRT is itself seen as a harmful act of racism to be squashed.

In the end, students are only exposed to a narrow perspective from dogmatic adults and deprived of the opportunity to think for themselves. They miss out on strengthening the faculties of moral reasoning and independent thought needed for an increasingly complex and divided world filled with problems that defy simplistic dogmatic solutions.

There are ways to turn classrooms into sites of intellectual richness by encouraging students to engage with the controversial ideas that are roiling society today. But making this happen requires one thing more than anything else: courage.

CRT is a moral project meant to right the wrongs of racism. It taps directly into people’s desire to be a good person, their sense of common purpose, their need for belonging and to be valued in the world.

That’s why challenges can be met with such profound emotional resistance, not reasoned debate. A person’s self-image, their ego, feels threatened.

While some teachers, school officials and even students will deem any debate unacceptable, not all will. Even still, chances are teachers operate in an environment of intimidation and don’t feel equipped to deal with explosive topics. Challenging the status quo is high risk.

Our schools spend untold amounts of tax dollars on diversity, equity and inclusion programs each year that teach things like CRT. What they don’t appear to spend money on are programs that teach the importance of embracing diversity of thought.

One such program that puts diversity of thought front and centre is created by the bestselling Canadian author and Oxford University leadership professor Irshad Manji. She offers educators training through Moral Courage College, the organization she founded on the research-backed insights that suffuse her latest book, Don’t Label Me: How to Do Diversity Without Inflaming the Culture Wars.

As Prof. Manji emphasizes, “because most educators have never been taught to engage highly emotional issues, they, too, need tools to create brave spaces where students can disagree productively.”

Moral Courage is about speaking truth to the power of one’s ego (the primitive, threat-seeking, and thus hyper-emotional part of our brains) even as a young activist might speak her truths to “the system.” When an activist disciplines her ego, she is more likely to communicate constructively — understanding where others are coming from and thereby motivating them to understand where she is coming from. Learning how to exercise Moral Courage — and how to teach the skills of Moral Courage to a new generation — is our best hope for addressing racial tensions and inequalities while avoiding the us-against-them trap of CRT.

Full disclosure, I met Prof. Manji in 2007 when I was helping her with web marketing for her Emmy nominated documentary, Faith without Fear — a companion to her book The Trouble with Islam Today: A Muslim’s Call for Reform in her Faith. She faced condemnation and death-threats and from her religious community and rebuke from her fellow liberals who thought her criticism of Muslims fueled Islamophobia. Yet she never wavered from her commitment to diversity of thought. She engaged anyone who was willing, no matter how much they despised her. For her some things were more important than emotional and even physical safety. Her current mission to scale the impact of Moral Courage was born of the lessons learned during this time.

Hopefully a few teachers will have the courage to learn these lessons too, because our students deserve a better world than the one we’re handing them.

Shahid Quadri is an independent graphic designer, presentation coach and animator based in Vancouver